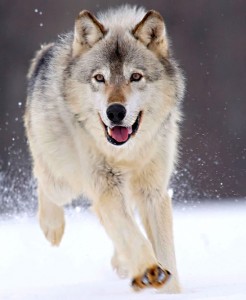 Alpha wolf is the predominant pack progenitor, the genetic parent of most cubs in a pack. Alpha wolves exclusive access to mating females creates strong selective pressure for intra-sex competition.

Wolves show deference to the alpha pair in their pack by allowing them to be the first to eat and, usually, the only pair to reproduce. These species use eye contact as an indicator of dominance or submission, but in order to establish a dominant position they often also show physical superiority through playing or fighting.

The Lupus Alpha bike, which name is inspired to the alpha wolf, fully reflects its character and attitude as well. Being the first motorbike branded Walter Tosto, it is the leader of the motorcycle division.